E-Bike Classes – What to Know 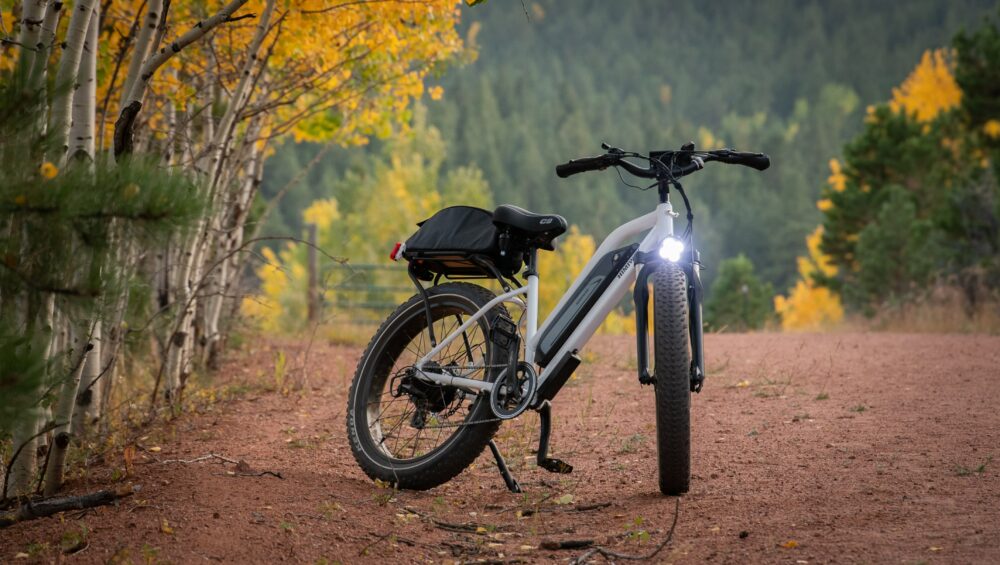 Did you know that there are different laws that apply to the various classes of electric bikes? Did you know that e-bikes are now grouped into three classes? Depending on what state you live in and what type of e-bike you have, you may have to follow one rule or another in order to avoid a citation. We’ll help you figure out your e-bike’s class and understand what important rules apply to your riding.

What’s Going on with E-Bike Classes?

When e-bikes first became popular, there were no laws governing how they could be used. What speed limit should apply? Can you ride an e-bike in designated bike-only spaces? Some states applied laws to e-bikes as if they were mopeds or other motor vehicles, enacting confusing licensing and equipment regulations that made no sense.

In 2015, California adopted a 3-Class approach to regulating e-bike use, where different laws apply based on the type of e-bike. So far 35 other states have followed suit with this standardized PeopleForBikes model law. The remaining states have laws regulating e-bikes as well, with some considering e-bikes to be motor vehicles and some regulating them as bicycles.

A Primer on E-Bike Mechanics

Before we get into the specific classes of e-bikes, there are a couple of quick details about e-bikes you need to know. The point of an electric bicycle is that it uses a motor to turn the bike wheels so you don’t have to pedal, either as hard or at all. There are two ways that e-bikes can achieve this: pedal assistance and throttle.

Pedal assistance means that the bike monitors the level of work you are putting in and responds in kind by providing power to the motor. This allows you to get further and go faster without as much work as a traditional bicycle. However, the motor will not turn on or stay on if you are not pedaling.

In contrast, a throttle allows the e-bike motor to turn on even if you are not pedaling. Typically located on the handlebar, this device is similar to an electric scooter or a motorcycle. This distinction is important for the different classes of e-bikes, and you will see why below.

What Are the Three E-Bike Classes?

The three classes of e-bikes are very straightforward, and it will not be hard for you to figure out which type of e-bike you own. You can either review these descriptions or do a quick search in your e-bike’s user manual.

Class 1 e-bikes provide only pedal assistance. This assistance stops once the bike has reached 20 miles per hour (mph). These are most likely to be regulated like traditional bicycles, as they have the lowest capability. Without a throttle, the user must keep pedaling in order to activate the motor and continue getting assistance. Keep in mind, though, as with all classes of e-bikes, it is possible to exceed the 20 mph limit by pedaling or when going down a hill.

Class 2 e-bikes have a throttle-operated motor. This makes it possible to ride without pedaling at all. Similar to Class 1 e-bikes, the motor stops providing assistance at 20 mph; however, you can still pedal to achieve higher speeds.

If you are not sure which class your e-bike fits in, you can easily find out with a quick Google search of your e-bike brand and model or by reading over your bike’s user manual. Once you know what type of e-bike you have, you can move on to learning more about the specific rules governing your e-bike usage.

What Are the Rules for the Three E-bike Classes?

We will go over the model laws provided by PeopleForBikes since this has been widely accepted and applies to two-thirds of states. However, these will only give you an idea of the main regulations since many states have additional laws on top of these. Therefore, regardless of where you live, double-check your state and local laws. Also keep an eye out for additional regulations for, say, biking in your neighborhood parks.

The major issues that the e-bike regulations cover relate to access (to bike lanes, parks, etc) and usage (wearing helmets, age restrictions, etc). Some states have further restrictions on the classes of e-bikes. For example, California does not allow Class 3 e-bikes to have throttles. Meanwhile, Colorado and Washington do not allow e-bikes to have electric motors above 750 watts, effectively limiting speed. You should learn more about the restrictions in your state before investing in an e-bike of your own.

Generally closest to traditional bicycles, Class 1 e-bikes have the fewest restrictions. They typically can be ridden wherever traditional bikes are allowed. This includes bike lanes on roads and bike paths in parks. Most states do not have regulations for Class 1 riders specifically, though people under 16 are required in many states to wear helmets while riding any class of bicycle or electric bike.

Class 2 e-bikes are typically regulated the same as Class 1 e-bikes. However, some states have more regulations because of the addition of the throttle. This is a safety issue because the throttle can continue to power the motor without user input, making it more dangerous for riders and passersby alike. Regarding usage on mountain biking trails, for example, Class 2 e-bikes may be banned altogether from singletrack and downhill-only mountain biking trails.

The most highly regulated, Class 3 e-bikes are generally not allowed on bike trails or multi-use trails. This is another safety concern because of the maximum pedal assistance speed of 28 mph, which has been deemed too fast for multi-use trails in many states. Most states do allow Class 3 e-bikes to be used on roads and trails open to motorized public use (for ATVs and other off-road vehicles).

Some states also restrict Class 3 e-bike riders to people over 16 years old and require all users, regardless of age, to wear helmets on these e-bikes. You should consult your state and local laws to make sure you do not unknowingly break any that apply to your class of e-bike.

You can find your state’s guidelines by searching your state government website for e-bike regulations. Keep in mind that almost every state gives local governments the authority to add restrictions if they want. So don’t forget to check the guidelines for your city or town. Finally, if you are planning an e-biking trip to a park or forest, you should look up the trail guidelines before you go.

Rules of the Road

No matter what state you live in or what class of e-bike you have, there are certain common courtesies and best practices you should follow. First and foremost, please always wear a helmet when riding a bicycle or e-bike of any class. Even if it is not a legal requirement, it is a minimal effort that can save your life in the event of a crash.

E-bike riders should also keep in mind that speed limits and other driving laws still apply to them. If you are riding on a road, say in a residential area, there is a good chance your e-bike has the ability to exceed the posted speed limit. Despite being on an electric bicycle, it is possible to get a speeding ticket, citation, or fine, so obey the law.

Bicyclists should avoid biking on sidewalks, as it is dangerous to pedestrians. Instead, use designated bike lanes where available or share the road with cars where legal. When riding an e-bike on a road, be sure to behave like a car and follow the rules of traffic. Stop at stop signs and red lights, and always give pedestrians in the crosswalk the right of way. This is especially true for e-bikes as they can go faster than traditional bicycles and therefore cause more potential injury in a collision.

Right of way is an important rule to know as an e-bike rider. What’s more, this rule applies to both the road and the trail. On multi-use trails, bicyclists must yield to hikers and people on horseback. As horses and other pack animals can get startled by the noises e-bikes make, it is important to give them space and let them pass you before continuing your ride. Finally, downhill riders should yield to uphill riders (since pedaling uphill is obviously harder).

Once you know all the state and local rules for your particular e-bike class, you can enjoy your ride, and rest assured that you will not violate any obscure laws. E-biking is a fun and effective way to commute to work, conquer a longer ride, or summit a steeper trail. If you are considering buying an e-bike and wondering if e-bikes are worth it, there are certainly many advantages to consider. You can also take a test ride on an exciting e-bike tour near Colorado Springs to learn more about the techniques and rules for riding an electric bike.