Celebrities and The Broadmoor 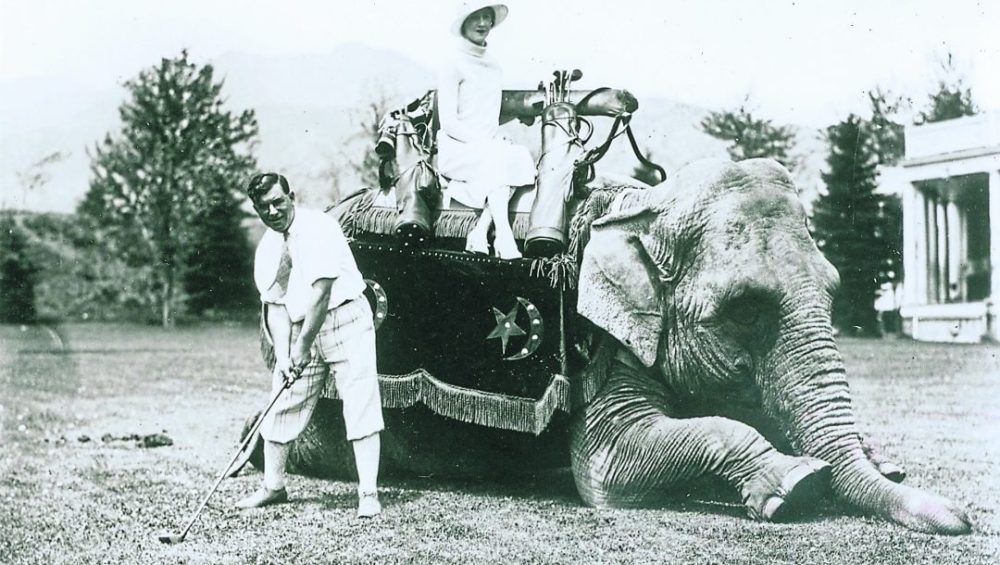 The Broadmoor is a luxurious five-star resort nestled in Colorado Springs, CO, and has had its fair share of celebrities grace its floors. A large number even have their photos on the Wall of Fame housed in The Broadmoor West building.

Who in the line up of A-celebrities have made notable appearances, you ask? The list ranges from presidents to athletes, and movie stars, among many others.

Kevin Bacon, who enjoys his privacy, once laid his head on a pillow at The Broadmoor after receiving too much attention at the hotel he was initially staying. This epic move came during his filming of Cop Car. The resident photographer was able to talk Mr. Bacon into a photograph, and he graciously agreed.

Kevin was so impressed with the amenities and fantastic treatment while at The Broadmoor, he invited his wife to come and enjoy the resort during the last part of filming. His wife, of course, is also a well-noted celebrity in her own right, Kyra Sedgwick.

Football greats, Peyton Manning, and John Elway have also relaxed at The Broadmoor. While Manning is usually a shy guy, he does get into some shenanigans with Elway when they are together at the resort.

Arnold Schwarzenegger has been spotted at The Broadmoor when he was a special guest at an event.

President George H.W. Bush has been a regular quite a few times. He has three pictures on the Wall of Fame.

One time during his Broadmoor stay, Montie Montana rode down the stairs of the main lobby on a horse. Of course, it was all a publicity stunt, but that is something you do not see every day.

One cannot talk cowboys without mentioning John Wayne. In the 1950’s while at a private party, the memorable moment was when Wayne served folks at the party shrimp. After catching a ride up to the party on a service elevator, he started munching on a waiter’s tray of shrimp. When advised not to do that, the actor responded with an OK, and that he would serve the shrimp personally.

Long before the secret service worried about security issues for the presidents they guarded, Dwight Eisenhower came to The Broadmoor and golf. During one of these visits, it was said that when a breakfast cart was taken to his room, the waiter got invited in and was able to talk freely with the former president. That would be so awesome!

In 1918, when The Broadmoor had its soft opening, the first celebrity to grace the halls was John D. Rockefeller. His stay was cut short due to some paint fumes that he did not enjoy.

Even royalty from across the pond has laid their head on the pillows at The Broadmoor. While attending a Wounded Warrior Project event, Prince Harry made an appearance.

What exactly has these famous folks returning for multiple stays? The answer is simple, luxury, elegance, and charm. A few perks that they find at The Broadmoor include marble fountain carved by Italian and European artisans, amazing Cheyenne Mountain views, and award-winning golf courses.

Do not forget that the accommodations are stellar, with high thread count linens and bathrooms fit for a queen.

Celebrities that venture to The Broadmoor enjoy hydrotherapy that gives the feel of experiencing a cascading waterfall, excellent dining at one of the 18 restaurants, browsing the specialty stores, or completing laps at the swimming pool. All of this is so outstanding it is no wonder that they enjoy relaxing at this university-style campus resort.

If the outstanding, friendly, charming, attentive staff is not enough, then the lavish, lush lawns, incredibly manicured walkways, and killer views of Cheyenne Lake will lure you and the celebrities.